Any fitspiration source you come across will emphasize that abs are made at the gym and shown in the kitchen. Kill every gym session while drinking one too many glasses of juice (or wine if you’re of legal age) and the beautiful muscle sculpted will never show under a layer of fat. Sit on the couch all day and eat nothing but greens and protein and your abs will be flat, but hold no definition. On the other hand, there are loads of registered dietitians, fitness models, personal trainers, health coaches, and other influencers who have the most bangin’ bodies, yet still enjoy hamburgers, a pound of fries, cheese, bread, wine, and whipped cream every week. Sure, these foods are portioned out sensibly, yet face it. Most of the time, what is their secret weapon? Exercise.

Moving your body on a regular basis is a no-brainer plus for your health goals. Blood circulation, happy hormone production, bone strengthening, fat shrinkage, and muscle development only encompass the tip of the iceberg of benefits with exercise. Nonetheless, similarly with anything, it is easy to become addicted. No surprise with my obsessive personality, I fell into the trap of my exercise addiction, but not in the typical way most people have expressed.

Embarking on my fitness journey, the way exercise and I met was almost like that of an arranged marriage. My dad and I had us sit across the dinner table, introduce ourselves, shake hands, and allow us to court as we got to know each other on more emotional levels. To say that exercise is a celebrity would be an understatement. It is a king, powerful of so many businesses, knowledgeable in anything there is to know about kinesiology, and adaptable to any type of movement and piece of equipment found in any recreational center. As we strengthened our bond, I was introduced to exercise’s friends.

The treadmill was the first of exercise’s squad that I developed a friendship with. Speed walking was, of course, my favorite mechanism of moving, but I did willingly jog or complete some sprints for the bulk of my sessions. Eventually, I discovered Blogilates on a Tumblr page, fell in love with her workout videos, and practiced Pilates, HIIT, and functional cardio as my main type of exercise. Some of her videos included weight training, an endeavor that I reluctantly pursued with the help of some family members. However, I got hooked on lifting weights, finding my physical strength, redefining my muscles, and boosting my metabolism along the way. Mutual friends, such as running, kickboxing, spinning, swimming, and plyometrics, were encountered along the way.

By this time, my relationship with exercise blossomed as it caressed me every morning to partake in its dances that would entail me to jump far and beyond, squat up and down, lift higher and stronger, and sweat away my problems from the evening before. Exercise could relate to me on any possible level. If I was not in the mood for cardio, I could powerlift. No cravings for weight training would mean spinning or kickboxing. In return, exercise revealed what I never knew I was capable of. I never ran faster, lasted longer, nor saw a leaner physique in my life. We have been a blissful couple, so much that I saw a ring being put on it. After being told countless times that my body still wasn’t “fit” enough, exercise and I only became even stronger of a pairing. 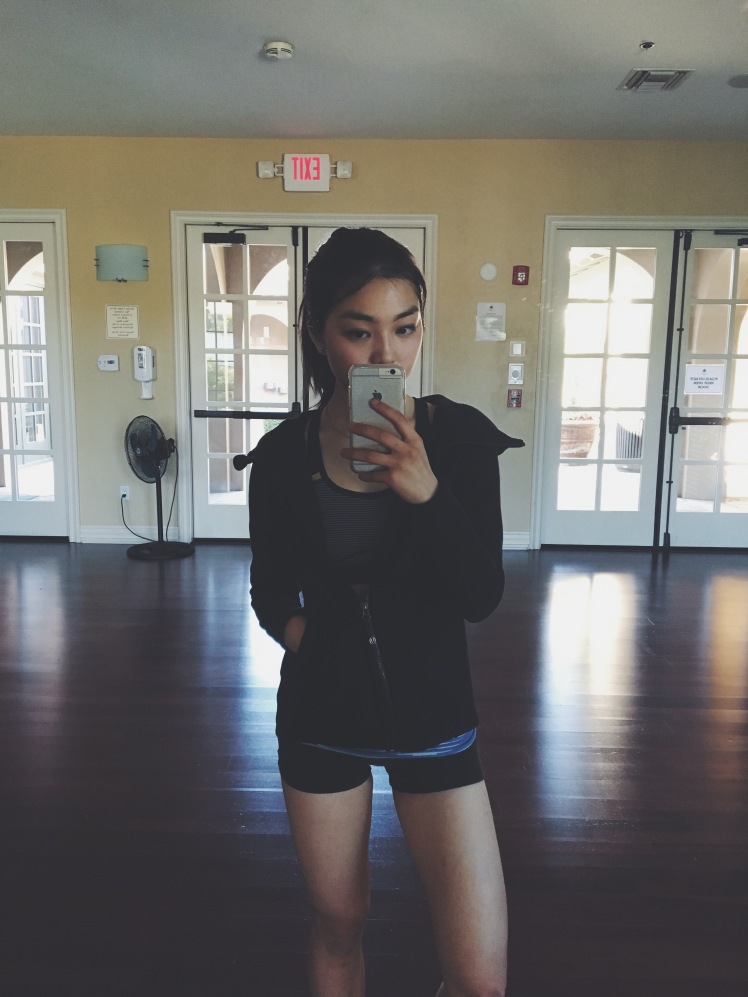 We reunited every single day and spent one or two hours together. Whether at the gym, outside in rain or shine, in my home garage, bedroom, or hotel room if my family and I were traveling, exercise was by my side, in my mind, and/or in my heart. Like Beyonce and Jay Z (or Angelina and Brad when they were married), exercise and I were a power couple, and everyone around us could clearly see it. Others admired my commitment to exercise, and how much radiance it brought me after we were together. They desired my one true love as much as I loved it, but felt unqualified for such a gem.

Unlike most stories with exercise addiction, I saw no absolute road-bump in our relationship. That being said, exercise and I still encountered our disagreements. When I refused to complete another rep of bicep curls or attempt to accomplish a PR, exercise would hold back the potential I could see in myself, whether it would be retaining another pound of fat, hiding some definition, or inflicting a burning soreness in my muscles that would drain out my motivation to complete my workout. Both of us were bossy, stubborn, and equally fiery in our endeavors. At the end of the day, we mutually advanced together, becoming stronger than ever. Besides, I only had to see it for an hour or two every day, not twenty-four hours.

It wasn’t until I woke up one morning to exercise looming over my head and secretly feeling a lack of desire to spend time with it. Even worse, exercise had no plan to depart, hence there was no chance of peacefully resting in my bed. I told exercise that my legs were sore and my fatigue was brewing in my stomach, but exercise groomed me with encouragements–“You are more than your soreness…..I believe in you and your abilities to become even stronger than you were yesterday!”–that I reluctantly climbed out of my bed for another hour-long date. This incident repeated for the preceding days, weeks, and months to come.

My social circle became negatively affected by my nit-close relationship with exercise, who refused to neglect our traditional one or two-hour reunions every morning. Taking a break, even for a day, meant missing out on an opportunity to improve my physicality and clear my mental stress. My cowardice of the unknown barred me from leaving exercise’s embrace. In the midst of this situation, I always thought my love for exercise was relentless and undying. Truthfully, fear drove me to cling onto its grasp. I had a choice to either break away, or change the course of our partnership.

Forced intervention came when my wisdom teeth were ripped out of my jaws and my surgeon forbid me from hanging out with exercise for an entire week. Even exercise became distant. No longer did I open my eyes at the crack of sunrise to exercise leaning over my head. I just saw the sunrise and the uncertainty of what would occur during the day. What could I do? How much can I eat? Will I feel better or worse without it? If there was anything worse than waking up to such a clingy partner as exercise, it was constantly having recovery, a counselor I barely knew, by my side to check up and take notes on me. 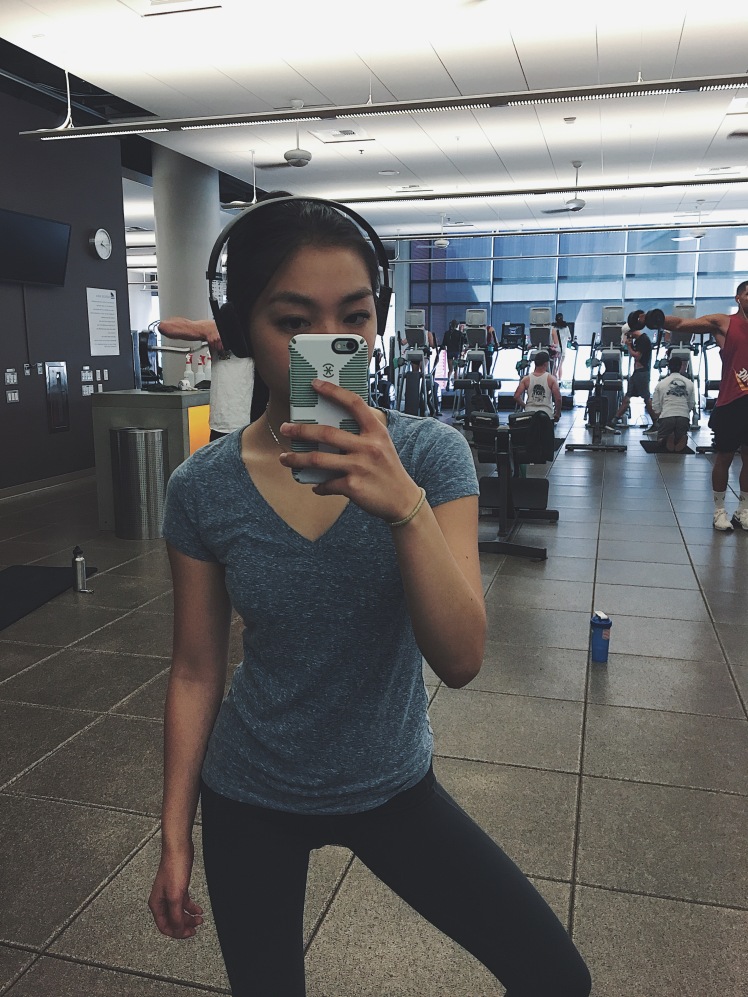 With no initial notice, exercise brought me recovery. The sensations of stagnation, absence of muscle soreness and fatigue, and dormant hormones felt all too peculiar from always being flushed with endorphins and physical pain from exertion. Recovery prohibited me from cutting out carbohydrates, one of exercise’s mutual frenemies, hence the interaction with carbohydrates–along with its own posse of sugar, fat, and calories–was even more bizarre. Once exercise found out about my new connections, its jealousy flamed so furiously that it called off our partnership, promising to never return. I sobbed with devastation. Over four years of such a beautiful history was washed away within minutes.

With time, not being around exercise opened new doors to new relationships, habits, and mantras that saw other outlets of beauty within myself that did not necessarily entail physical or mental strength. I stepped out with recovery as a more tranquil individual, someone even more diverse than before that exercise eventually returned in my life to make amends. It was one of the only former partners that I brought myself to forgive. 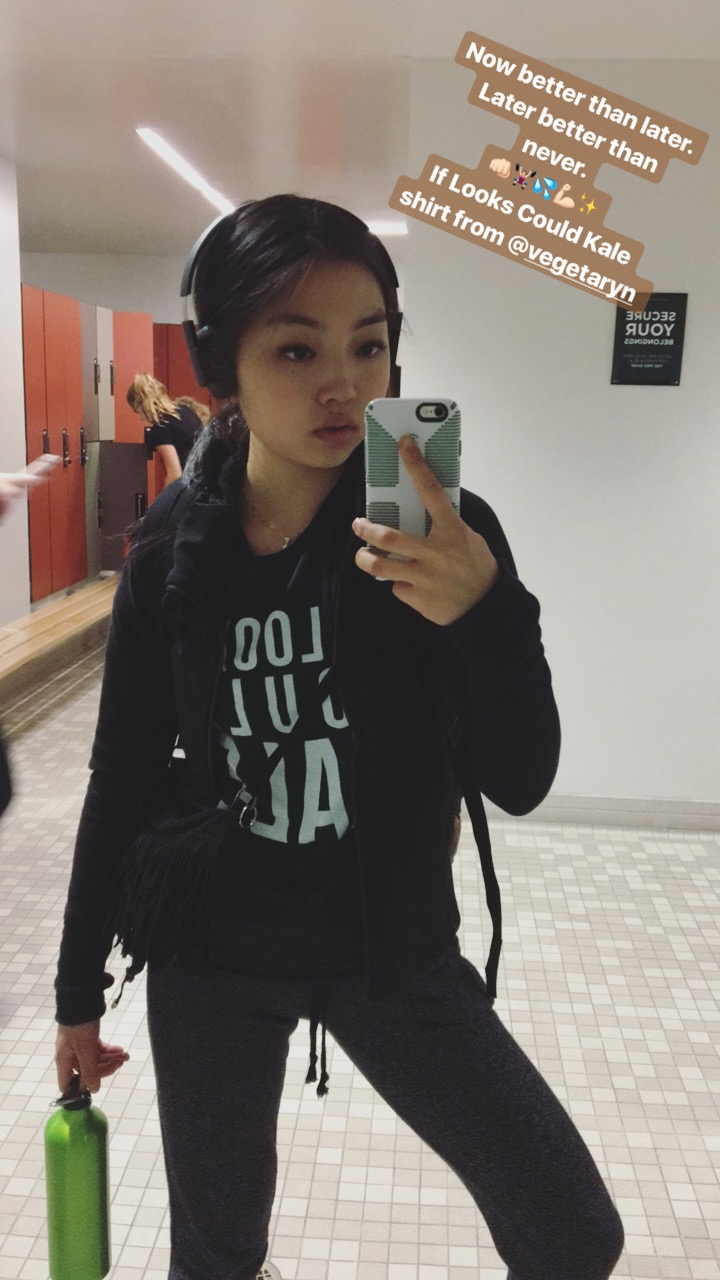 Nowadays, I view exercise in a similar way as I view most of my family members. In short, we need each other, but there are times when being in each other’s presence is the last of our desires. Nevertheless, we’ve evolved with each other. Whether cutting five years ago and bulking since the beginning of this year, exercise has accepted who I am as a person, but isn’t afraid to point out areas of improvement and aid me in working towards new goals. At the same time, I heartily welcome it with open arms, but establish a boundary by implementing more rest and recovery in my routine. Exercise’s relationships with carbohydrates, sugar, fat, and calories have also been mended, and I can spend time with any of them without worrying about the other.

Unlike others’ stories, I never really needed to put exercise in the dumps or experience a traumatic injury that would tear us apart for months. I always knew that I had a strong grip of our relationship, and have taken full responsibility of my wrongdoings in our bond. Exercise and I are bound to clash with our headstrong personalities, but our love has only grown fonder with the cost of no longer having exercise wake me up in the morning. We have learned that hanging out in the afternoon, maybe for thirty minutes, more than two hours at the crack of dawn, or even a mere ten minutes before bed, is more than enough to express our love.