For those who have suffered from disordered relationships with food and/or obsessive behaviors around dieting, food guilt is nothing new at all. If anything, it is actually even more common than believed–though there are currently no statistics or studies focused on food guilt, let alone food anxiety, quite a lot of “average Joes and plain Janes”, if you will, experience food guilt every now and then. But for the most part, most people don’t excessively stress over how much weight they’ll gain for any longer than at least the day after. Others who are more absorbed in the realm of health, fitness, and/or nutrition may suffer from this sensation more frequently and severely due to the heavier emphasis on maintaining their ideal regimen.

Most individuals express a great deal of self-loathing for giving into their cravings, some for a few minutes, others for a much longer of time. Those with more emotional ties to their food are generally driven to madness. Certain levels of food guilt can drive people to restrict their food intake in the future, even attempt various forms of purging, such as exercising, taking diet pills or laxatives, and/or vomiting, or additionally the other extreme in which the individual just throws in the towel and goes on a binge-fest. The source of shame can vary immensely as well. Sometimes it takes a large stuffed-crust pepperoni pizza to insinuate the slightest hint of regret, whereas for others, a bite of a cookie or a drop of oil can trigger a panic attack.

It’s no surprise that I have experienced food regret countless times in my life–sometimes I still do. Of course, food guilt didn’t strike me until I really drilled my head into the fitness community. My food guilt reached its peak once I broke down after biting into a piece of naan bread thinking that it was the whole wheat roti. Yes, I cried over twenty to thirty calories worth of white flour, if even. Though I didn’t outwardly cry about food again, I experienced more and more severe forms of food guilt. Countless hours, even days, were poured into mentally demolishing myself for consuming more food than planned or a “bad” food. To compensate, I never used laxatives or diet pills since I knew they were obvious gimmicks and vomiting was just out of the question. Most of the time, I’d either restrict the rest of my calories for the rest of the day or push myself to complete more cardio the next morning.

Because emotional connections towards food is so specifically tailored towards the individual, it is challenging to determine a definite recovery method. However, what can help and has been successful at enlightening others in regards to food guilt is cognitive-behavioral therapy and alteration. In other words, switching your mentality about categorizing foods as “good” and “bad”, “clean” and “dirty”, or “safe” and “off-limits”. Research has actually shown that the placebo effect, otherwise the mental expectation of a particular phenomenon, strongly correlates to how the brain can influence metabolism. Yes, it is calories in versus calories out, but your body isn’t just a tunnel chute–it is an intelligent yet convoluted maze of chemical reactions.

Shifting your attitude about different foods takes time, so several measures can be taken to start the change as soon as possible. Surround yourself with people who exude a positive mindset around food, both in real life and online. You need to witness, first-hand, the true effects of food when you don’t over-think them. Befriend people who will eat everything and anything. Watch social media influencers enjoy donuts, ice cream, pizza, whole bars of chocolate, and entire jars of trail mix without guilt. Secondly, take action with how you characterize specific foods. Have a small amount of your favorite “naughty” foods every week, whether it be topping your acai bowl with cookie crumbles or helping yourself to a slice of pizza. Gradually allow yourself to have these foods every day, as well as larger portions of these indulgences if you ever so desire (because really, who stops at just one slice of pizza?). 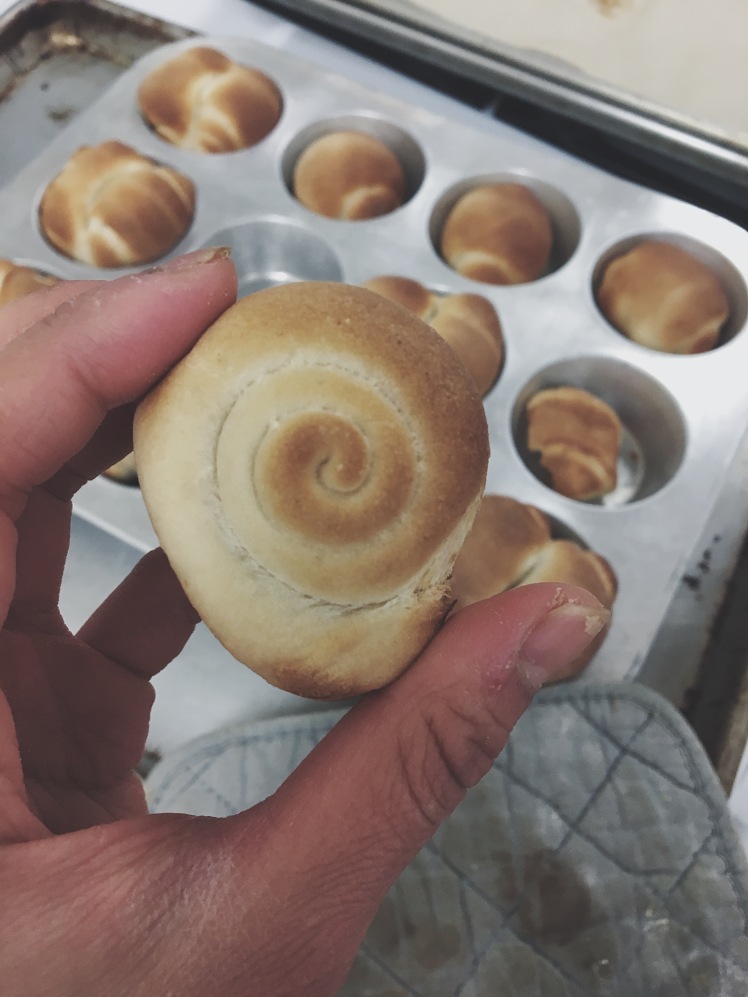 Personally, taking cooking classes and surrounding myself with various recipes and fellow foodies greatly initiated me to develop a stronger sense of flexibility, given that I’d taste food as I cook. Beforehand, I would taste-test very conservatively and express hints of anxiety around the resulting products–I ever so wanted to help myself to a second portion of a certain recipe but hesitated because it wasn’t made in the exact same technique as I would cook at home (I don’t cook with added oil, salt, sugar, white flour, etc., whereas these recipes almost always do). Now, I enjoy as much of these recipes as I want to–obviously not crazy overboard because all the classmates have to taste the results as well–without trying to compensate earlier or later in the day.

Ultimately, the long-term objective of nutrition is to find a diet that will give you the strength, nourishment, and psychological benefits for you now and in the future. Ask yourself: will I worry about this two days later, two weeks later, two months later, two years later? You probably can move on at least somewhere in between two days and two weeks once you go straight back into your routine. But what’s important is recognizing that no singular food is something worth polarizing or feeling guilty over if you eat it. Create a diet that feeds you with positivity. When you truly enjoy your food, your body will enjoy it too.