Around two years ago, I posted at least one selfie or shot of myself in a bikini or some sort of top barring my legs and my stomach. To this day, I absolutely love how I structured them and I do not regret posting even one. These photos have made great “after” photos, tracking how far I came since being overweight in middle school. However, I stopped posting them after a long time since shifting my focus into my food while slowly incorporating some up-close selfies. Behind the smiles and glowing filters in my bikini photos was a terribly time-consuming, brain-frying, and torturous process that prompted a somewhat unhealthy mindset towards food, exercise, and my body image. 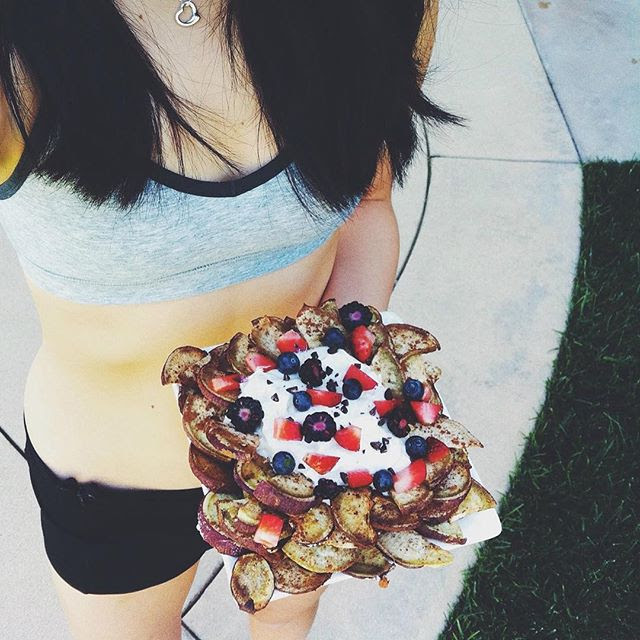 Normally, bikini pictures on social media take around 30 minutes to a couple of hours to shoot. However, my bikini photos took three days to a week—not literally, but a great deal of preparation occurred behind each shoot. My exercise routine would escalate from an hour a day to an hour and a half, usually in hopes of sweating buckets afterwards, as if I left a sauna with shower-tops.; Diet-wise, my aim steered towards a calorie deficit, which would prompt me to pile on the leafy greens, egg-white omelets, and steamed vegetables, while not even touching a grain of rice or piece of fruit. Every night, my stomach constantly begged me to consume more food, but my pride dismissed its needs as my energy dissipated away.

Photoshoots themselves took a particularly long time for me because I never had anyone else photograph me. In general, I would sandwich a corner of my phone in between two paper-holders to stand it upright, and spend five minutes perfecting the angle, ten to fifteen minutes posing in front of the camera while recording a video, and another five to ten minutes selecting screenshots. Selection became increasingly grittier as my fixation on the small details, such as the space between my thighs, my hip-to-waist ratio, the marks on my armpits, and the flatness of my stomach.

For editing my photos, I stuck with VSCOcam, a filter app I still use to this day, to play with the brightness, contrast, sharpness, saturation, temperature, and fade. I never used Photoshop or slimming effects because my goal centered on looking like bikini models—who probably use some sort of Photoshop in their shots—in person. I don’t know about what other people would think, but to maintain a body as shredded and lean as that of the typical fitness model, sounds like misery. 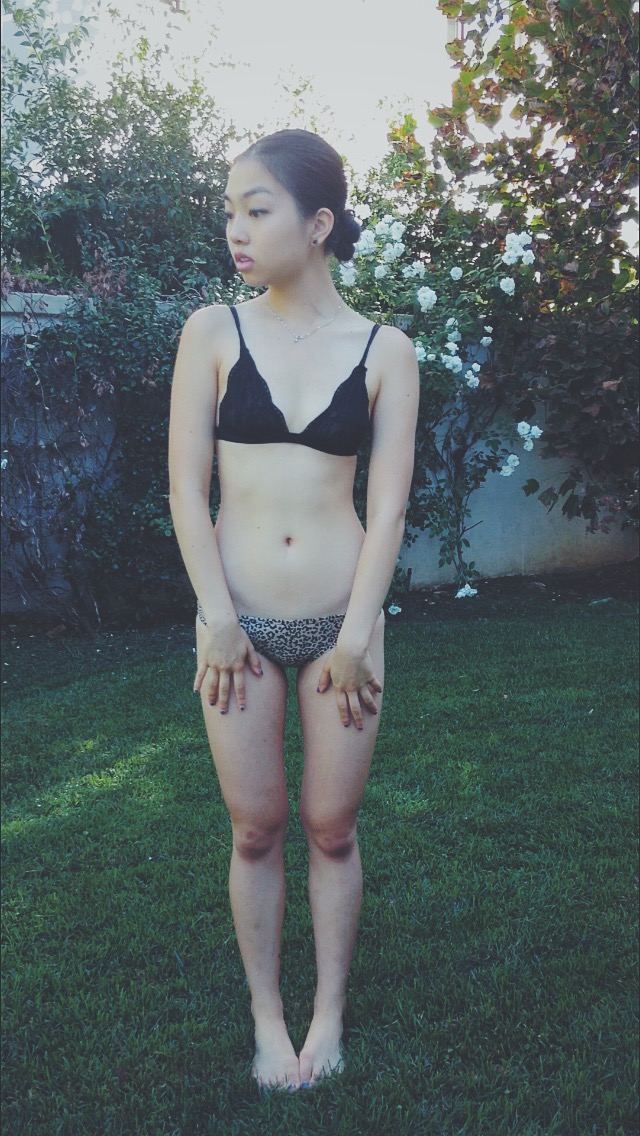 Post-photoshoot events consisted of a huge celebratory breakfast that was still healthy, but comprised heavily of carbohydrates, fats, sugars, and sodium that I’d deprive myself of for days. Similarly to how bikini competitors express themselves, I felt liberated from a diet prison after taking bikini photos. Unfortunately, recovery from the photoshoots were short-lived, as a couple of weeks later, I would repeat the restrict, shoot, and overeat cycle once again for more bikini pictures.

Every posted bikini picture was a victorious fist in the air. My body was my source of accomplishment. Hey, I lost weight, and I look and feel so much better! On the other hand, being bombarded with professionally taken pictures of glowing models with tan, slender, and beautifully proportionate physiques shriveled my pride away. No matter how hard I’d work towards achieving my leanest figure and selecting the best location and swimsuit, there were at least twenty, thirty, and eventually more than fifty photos I came across that were much more tasteful with fitter and slimmer girls. I realized that this angle, the pursuit of vanity, practically got me nowhere. I spent a week’s worth of running until my face turned sweaty hot red, starving myself of delectable carbohydrates, and obsession with every minute part of my physique for a scant 40-50 likes?

Once I graduated high school and started channeling most of my energy towards my seasonal part-time job and preparing for college, time became too scarce for me to even think about posting another bikini shot. Weekends served as time to hit my Yelp bucket list and pursue my social media outlets and website. It wasn’t until during a Monday morning while replying to comments when I noticed how long it has been since posting a bikini photo. I did post a couple of body shots where I sported fitness attire, but these shoots were much more spontaneous since my stomach and legs were covered. Despite not exposing my body, my Instagram platform grew larger. While the quality in my food photography improved drastically, I realized that my authenticity seemed to radiate much more brightly by being genuine behind my photos. According to my followers, that was even more attractive. Even more importantly, I felt immensely happier on social media. 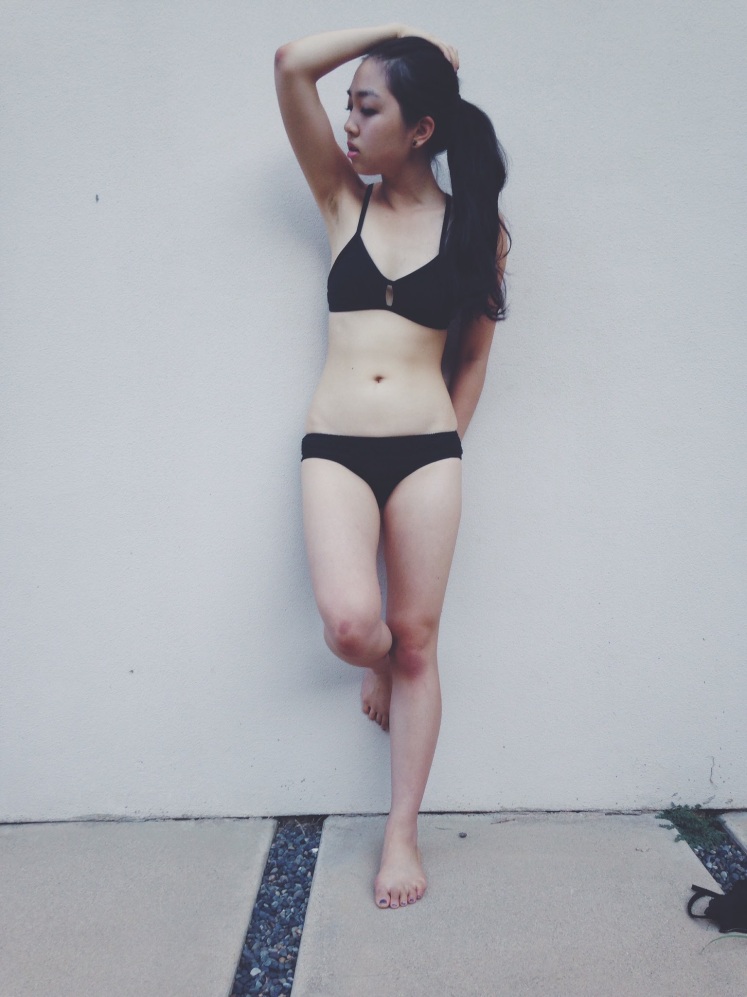 Currently, I only follow a pinch’s worth of models that I believe execute a healthy lifestyle without restriction, fixation, and obsession with their images. It is ridiculously easy to fall into the comparison trap, especially with the pressure to appear picture perfect in person, twenty-four hours a day, seven days a week. However, it is called social media, not social life, for a reason. Media has a plan, a setup, an editor, and a filter. On the other hand, life has a path, a vision, and the potential for uncertainty. In short, reality is imperfect and much more complex than a simple picture. However, it’s much more attractive than a unrealistically perfect Instagram feed. Realizing this redefined my relationship with social media and how I presented myself in a positive way.

As of now, I am open to taking pictures wearing a bikini or sports bra, but not in such a meticulous strategy and mindset. While I do want to present myself in the best angles possible, I want to be as authentic as possible. Barring my body in a two-piece didn’t always equate to happiness–at least in my personal experience–because I overthought every minute detail. Now, I see a bikini and a sports bra just as a piece of clothing rather than a judgment device. I genuinely don’t know when I would ever want to schedule a bikini shoot anytime soon anyways. I deserve much better than forcing myself into a brain-frying and energy-depleting process.