The sensation of fat days is all too clear. Wake up. Feel a little fluffy. Look in the mirror and feel even worse about your body than ever. Embarrassed, you throw on the largest sweater and baggiest pair of sweatpants you can find and curl up in a ball, away from vision. Devastatingly enough, most of us have experienced fat days far too frequently.

I’m going to frankly tell you that fat days took me by storm during my little bulking season from January to mid-February. At least every other day, I’d dress in front of the mirror and feel sick to my stomach–not just because of the caloric surplus of food that my digestion had trouble breaking down. This negative body image was mortifying, as I would wear larger shirts and sweatpants to cover my weight gain as well as throw my hands on my face to hide the puffiness. Sometimes I had actually woken up feeling slimmer and leaner than before. At first, I’d bask in my personal glory until I had stepped on my suite-mate’s scale to see a number that would change everything, playing tricks with my mind to poke at my body. 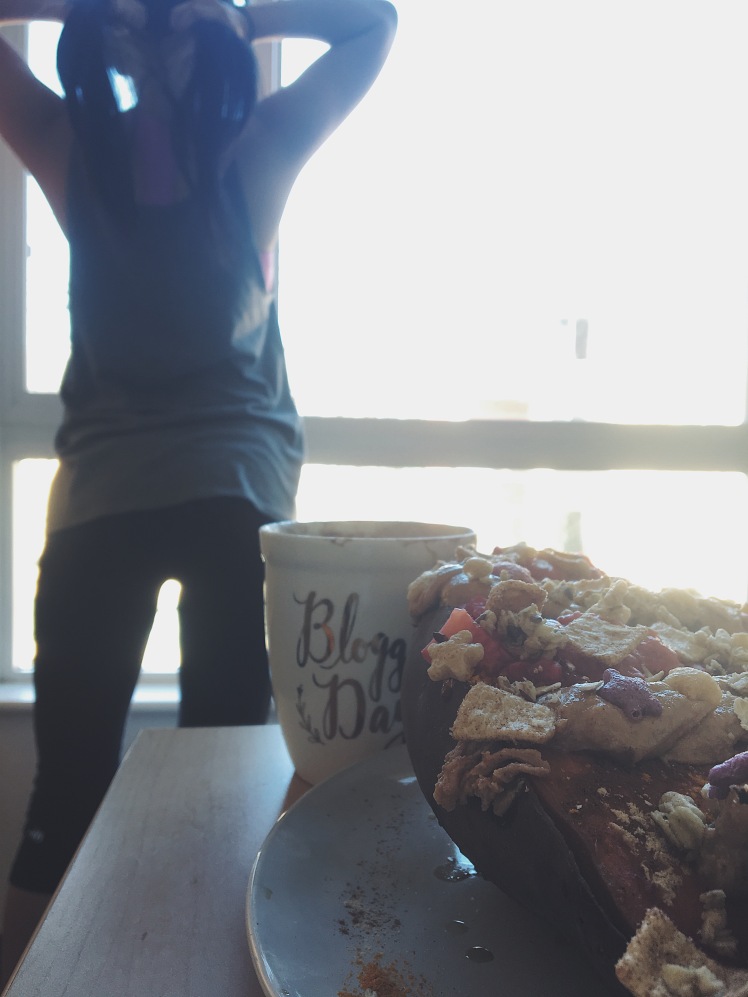 Since the end of last month, I gained around eight to ten pounds–a reasonably healthy amount for the duration of time. But I didn’t feel at all healthy. I just felt incredibly gross while turning at different angles to pinch the fat by my sides. Squeezing into my chaturanga yoga leggings became a struggle. Makeup wouldn’t even help to hide my insecurities. It didn’t help that everyone knew what my tinier body looked like before. Fat days became fat weeks, than an entire month and so forth.

Mentally accepting weight gain is one of the hardest feats I’ve ever attempted. Having to gain weight would seem like anybody’s dream, but reality is quite the contrary under these circumstances. For someone like me, it is so easy to be terrified of the past to ever step foot in a direction that is any closer. While I am in a much better state of mind than the beginning, I still have a ways to go. Several times, I’d become so terrified of gaining more weight that I’d relapse and start trying to lose weight by manipulating my exercise and my food intake–obviously not in drastic manners, but significant enough for me to notice a difference in my intuition.

One night, I felt so appalled with my body that I practically questioned everything I was doing to be healthy. I cried to sleep, ready to give up on myself. I spent the next day mostly studying in class along with going to the gym and bowling with a friend. That same evening, I rummaged through my shelves and saw an unused snack box that had lingered in there for at least two weeks. Looking through the box, I found many snack products that I didn’t want to try, but instead of throwing them away, I decided to knock on the doors of my neighbors and donate these snacks for free. Along the way, I ended up meeting a fellow vegan who I consider now as one of my closest and most treasured companions. Deep down, my self-loathing came from my loneliness. For the longest time, I was alone in my heart, and I finally made an incredible friend. This commenced my first step to healing my relationship with myself.

Because of this new friend, I gained an immense amount of encouragement to start interacting with others with a much more genuine and open heart. My focus shifted away from my obsession with maintaining my physical composition as I devoted more energy towards being a positive, hardworking, humorous, creative, and spiritually intellectual person, as well as revisiting old hobbies such as hiking, reading, drawing, writing, and trying new feats such as karaoke. Spending more energy in areas where I could express myself in other ways that did not pertain to food or exercise became my second step. 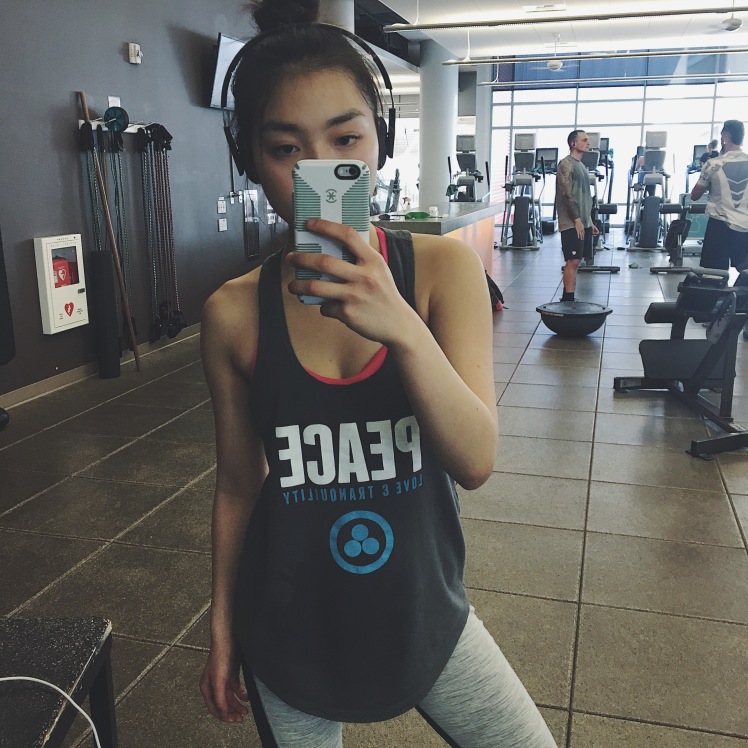 The last step seemed a bit counterintuitive, but it was returning to the source of conflict within myself: whether I wanted to accept my body as it is, or take it slow. I decided to mesh the two together and slowly regain trust and loyalty towards my new body. Obviously, during the times I would be doing something else such as working, socializing or getting creative, I’d eventually have to eat food or decide to return to the gym. In these moments, I ultimately listened to my body without thinking about any numbers–whether they be macronutrients, calories, bodyweight, clothing size, or any other measurements. Doing so took a lot of trial and error; many times I’d overeat and under-exercise, or vice-versa. Heck, I ate vegan macaroni and cheese, pizza, cookies, apple pie, and donuts along the way. But eventually, I returned to my intuitive senses that I once had before having to purposely gain weight and eat for the sake of eating. I went back to where I felt my best and my happiest without questioning.

Throughout this little journey of regaining myself, I rediscovered that I am so much more than the persona I display online. Sure, I workout intensively for multiple days a week, eat a mostly colorful and healthy diet, and have lost a lot of weight in the past. But that’s not everything that encompasses me. I’m also an artist, a learner, a hard-worker, and a parasite of positivity.

As of now, I still maintain a weight that is higher than what I had two months ago. I still have days where I dream about being my absolute leanest all year-round, but the memories of how I kept up with such a lifestyle are still so clear that I could hop right back to what I did before in a heartbeat. But I choose not to, because it costed every ounce of energy I had. Even I thought of myself as merely just a health and fitness freak. There’s nothing wrong with that, unless if you inhale and exhale it exhaustedly. As dedicated and driven as I say I am, even I couldn’t keep up with it for so long. But it’s okay. I’m way happier now, and I’m confident that I found the balance I sought for.

So yeah, nobody says that I’m tiny or skinny anymore. Maybe I still am and someone else has yet to acknowledge it, or I truly have gained the “average” weight that’s not lean yet not overweight, either. At this point, I honestly don’t care to hear anything about that. Any compliment is accepted, but I no longer anticipate one. However, I wish for no more than hearing that I am gifted, kind, loving, smart, down-to-earth, helpful, funny, talented, ambitious, and hard-working. I can’t bear being merely known as the superfitbabe who was a lean machine on my tombstone. I want to be celebrated as Cassie, the person who made such a dramatically positive impact in others’ lives that they never encounter someone else like me.