Are you somebody that’s usually very, very, very hard on yourself? I one hundred and ten-percent am that individual who will get so worked up about making even the tiniest slip-up on anything. If I don’t have a good workout, if I have too much dessert one night, if I make a careless mistake on a quiz, or even if I accidentally publish an unfinished post too early, then it’s game over for me.

However, there is one aspect of my life that doesn’t prompt me to overreact if I make a mistake. Surprisingly, it’s accidentally eating non-vegan food. Now this may shock many of you because going back to eating animal products as a vegan is an extremely sensitive topic. For many in the vegan community, reverting back to an omnivorous diet is a sign of giving up an ethical connection, an understanding of compassion for animals, the Earth and all living creatures.

In my last YouTube video, I discovered that the satay peanut sauce I purchased from Trader Joe’s over the Thanksgiving break contained anchovies. All that went through my mind was a big fat: “Really?”; however, I quickly moved on and took it back home to my family so that they could enjoy it and I wouldn’t have to worry about throwing it away. Sure, it’s a bummer that I didn’t read carefully enough in the past, and it’s worse that my money ended up being fed to an industry that works with seafood. But let me explain why I no longer panic over consuming non-vegan food.

Firstly, my mistakes are never intentional. I would never, ever sit down for a meal and consciously consume something that has an animal product in it–with the exception of honey, which I’m currently working on eliminating from my diet for ethical reasons. Secondly, there are so many hidden animal byproducts in our everyday commodities, from plastic bags at grocery stores to the juice in our iPhones and computers, that we needn’t obsess over being completely perfect vegans.

Think of it this way: the food industry is filled with uncertainty. Did you know that anything fat free might actually contain around 1/2 a gram or less of fat? Sure, that much fat is nearly negligible, but it is still not technically fat free. Same with trans fat–according to the FDA, anything labeled trans fat free can still have the slightest bit–even a drop–of trans fat. But does that mean we avoid everything labeled in fear that even fat free or sugar free products may still have minuscule quantities of fat and sugar?

Many vegans choose to consume products with precautionary warnings claiming that they “may contain traces of milk, egg, fish, dairy, etc.” simply because the companies are required to display the labels on their packages, and it does not necessarily mean that there is a trace of animal products or byproducts in the food. However, there is also no guarantee that there is not a chance that anything could’ve been cross contaminated from the shared equipment. The same cutting board used for pre-sliced apples could be the exact same cutting board used for deli meat. And unless if you have a serious allergy to a certain animal food, then you might not even notice that the worker handling your vegan crackers or rawnola handled something with cheese or butter beforehand and forgot to replace his or her gloves. 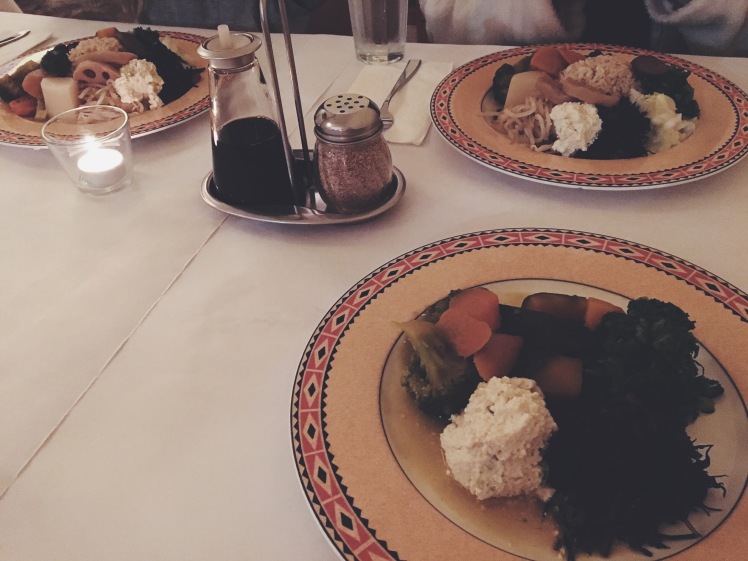 The same goes for eating out at restaurants, and it comes with some pretty harsh news: animal products are everywhere. Unfortunately, animal products are awfully deceptive, and unless you request the server to give you a catalog of every ingredient in every dish to make sure, then you’re more likely than not going to have to give the benefit of a doubt. Consequently, you may be making more mistakes by doing so than you think. Thai curry that’s made with coconut milk and vegetable broth could be cooked with curry paste that contains shrimp. Miso soup can have anchovy broth. Veggie burgers might be made with eggs. Salad dressings may have honey. Problem is, us vegans don’t want to impose any burdens on the fellow guests and the servers, so we usually keep silent.

Understand that the majority of the human population actually can get veganism and vegetarianism mixed up. Not going to lie, it does irk me when people use the terms vegan and vegetarian interchangeably, because they stand for different lifestyles. The thing is,

Concisely, it’s A-okay to make mistakes as a vegan, whether you are transitioning or not. On the other hand, if you find yourself repeatedly craving animal products and feeling deprived without them, then you either need to reevaluate your present diet by adding more nutritious whole foods, meat or dairy-like substitutions, or even take a few steps back to having only one vegan meal a day. But veganism isn’t completely black and white as it seems on the surface, and there are plenty more complications about it that I can delve right into–however, doing so is plain ridiculous. We’re all trying our absolute best, and that is all that matters. 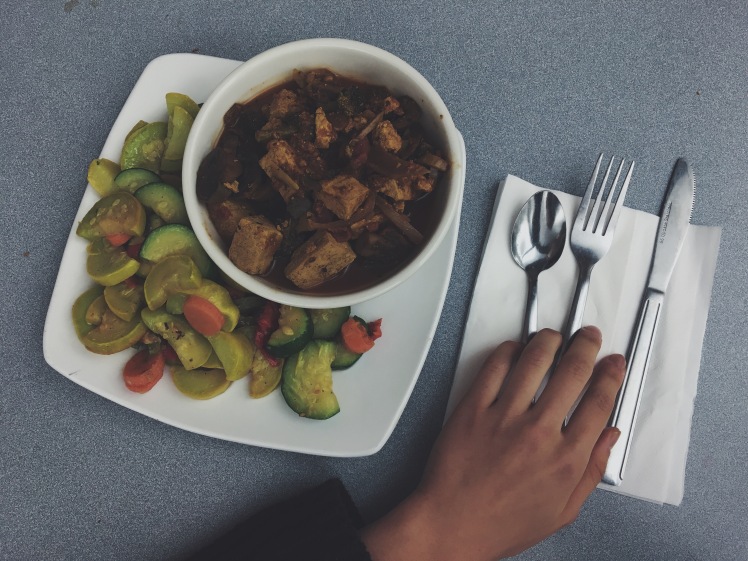 As a disclaimer, just because I do not obsess over making mistakes does not mean that I promote making them frequently. Sure, I’ve been vegan for only a little less than half a year (I don’t even know my veganniversary, so don’t ask me about that!), but I’ve had more than plenty of experiences slipping up and making conscious efforts to not consume animal products. Here are five tips I have to prevent mistakes from happening in the future:

Are you generally harsh with yourself when making mistakes? What was your last experience on accidentally eating non-vegan food (if you are vegan)?

4 thoughts on “Being Vegan: It’s Okay to Make Mistakes”