My personal favorites were Trix, Frosted Flakes, Cinnamon Toast Crunch, FRENCH TOAST Crunch, Lucky Charms, Apple Jacks, POPs, Froot Loops, Eggo cereal, Reese’s Puffs, and Fruity Cheerios. Let me tell ya that NONE of these are healthy things to have for breakfast because they contain scarce amounts of fiber, protein, vitamins and minerals, and massive amounts of refined carbs, artificial sugars, hydrogenated oils (aka trans fat), and chemicals! However, I do wish that I tried the Dunkin’ Donuts glazed cereal–that is literally the best flavor of cereal anyone could have.

I’m not saying that all cereals are unhealthy. As I did above, you can mix any other cereal with this recipe to add that legit crunch. I used the healthiest cereal I’ve found at my local supermarket so far, which is the Kashi Organic Promise Sprouted Grains cereal made with 100% sprouted whole grains lightly sweetened with brown rice syrup. I’ve been thinking about doing a review, so let me know if you want one! 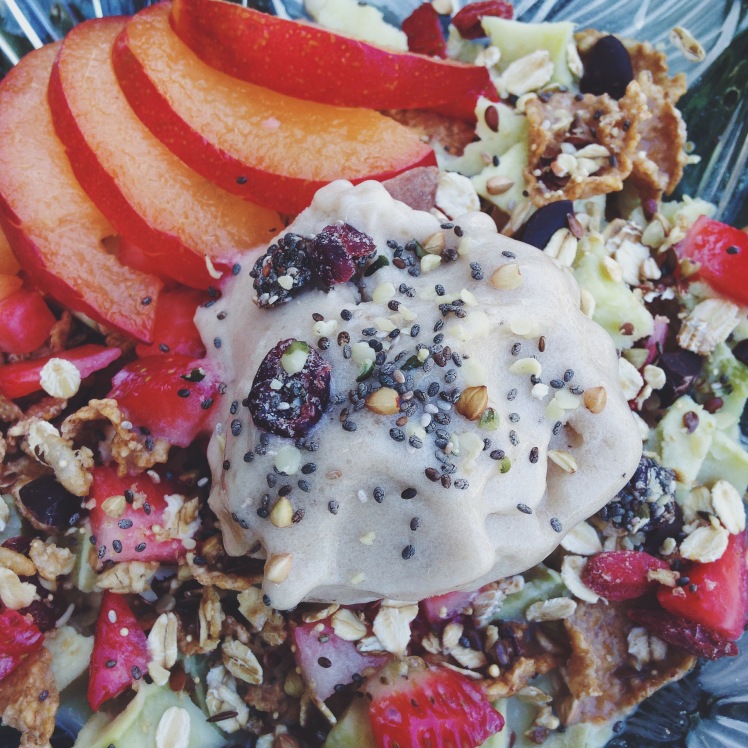 Imagine a cereal recipe low in fat, high in Vitamin A, potassium, iron and dietary fiber to seriously keep you satisfied after one bowl, unlike most cereals where you would probably eat four portions in one sitting–my record being seven–and only requires only three ingredients! Yes, my obsession with sweet potato recipes has ignited once again! Maybe I should be called “Sweet Potato Babe” from now on 😉 you can also add healthy fats and protein to give this bowl a macro boost, such as a Quest bar, almonds, flax seeds, even protein powder for some sweetness! 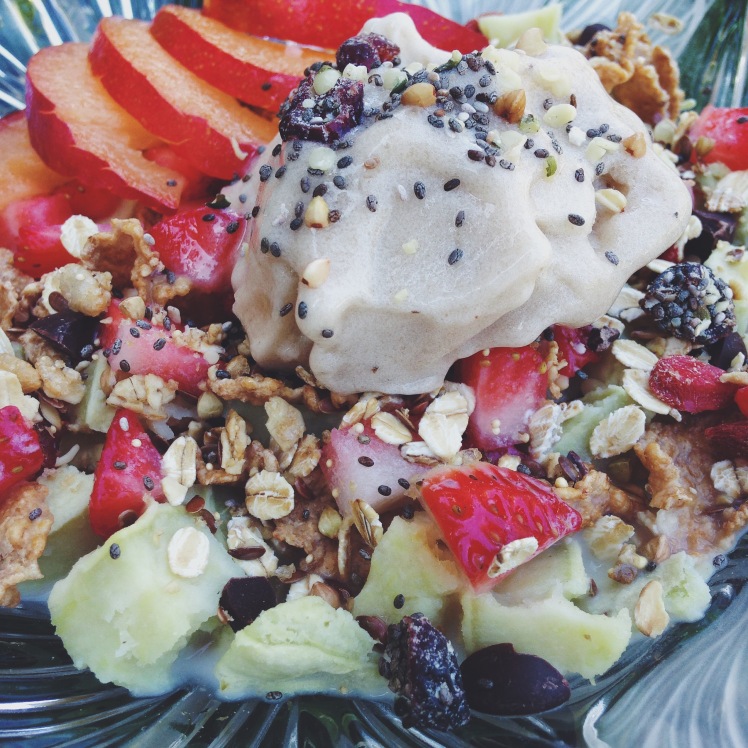 What was your favorite childhood cereal? What is your record of how many bowls of cereal you’ve eaten all at once?